Australia’s weak 0.2% GDP growth in December quarter has prompted talk of a “per capita recession”, as our economy has now been growing at a slower rate than the population for two consecutive quarters (see this SMH report). The national economy is slowing, as housing construction falls, now the apartment building boom has ended, and as household consumption is no longer being supported by capital gains associated with once rising house prices. 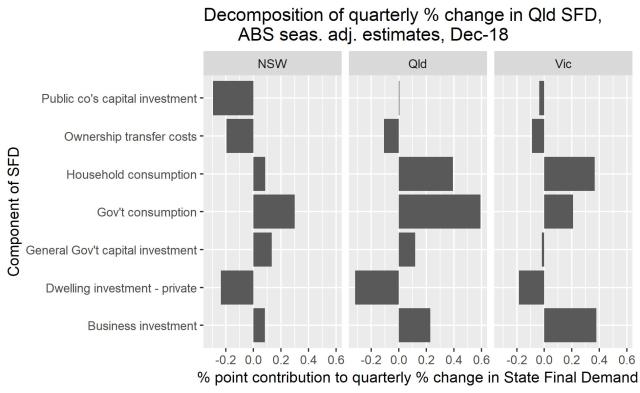