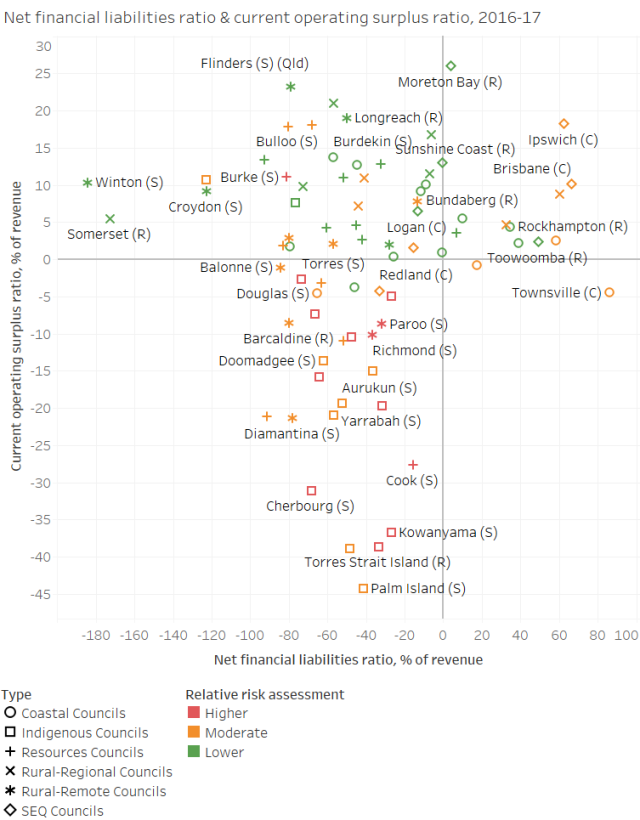 While the Indigenous councils have negative net financial liabilities (i.e. they have net financial assets), this may be because of previous grant money they have received from the federal and state governments, which the councils are running down over several years. The councils appear to be strongly reliant on grants to fund their operations and to avoid accumulating massive debts. 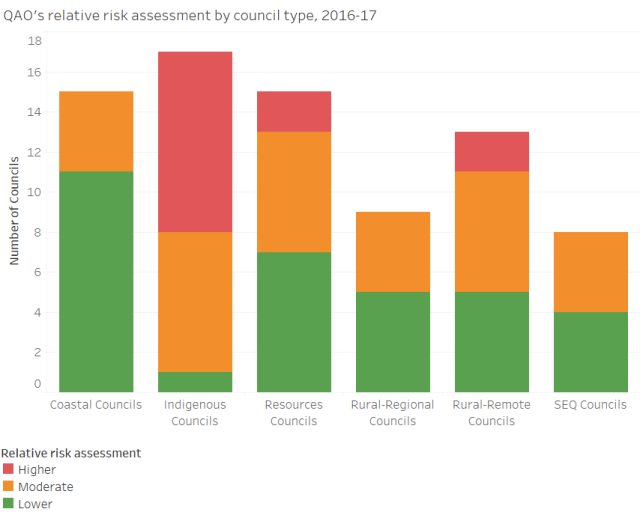 Indigenous councils have a higher risk of becoming unsustainable compared to the other council segments. This is due to their inability to raise their own revenue and their reliance on grant funding. Costs of living in these council areas are also higher due to the remoteness of their locations. 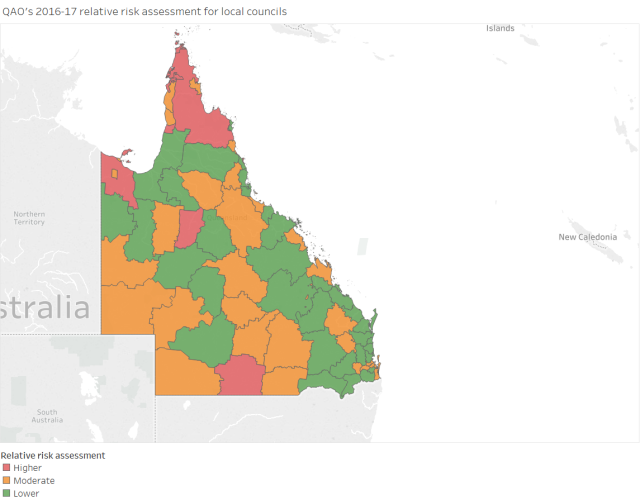 Finally, I should note the QAO report shows that many Queensland councils appear to be performing reasonably well financially: 45 out of 77 councils ran operating surpluses and had net financial liabilities below 60 percent of revenue, the QAO’s recommended limit. Queensland councils appear very averse to debt, and it is mostly larger councils, namely Brisbane, Ipswich and Townsville, that have net financial liabilities in excess of the QAO’s recommended limit of 60 percent (see chart below).