Some interesting data were released by the ABS today comparing the number of people counted in each local government area (LGA) on Census night compared with the number of usual residents (see chart below). The chart shows the ratio of the two population measures multiplied by 100 so it is expressed as a percentage. These data show the importance of FIFO workers in central Queensland, particularly Isaac Shire which includes Moranbah, and many parts of western Queensland. Also, the data show the importance of tourism to Cairns, with the LGA having quite a high ratio of Census night population to usual residents at 116% – much higher than the Gold Coast at 105%. 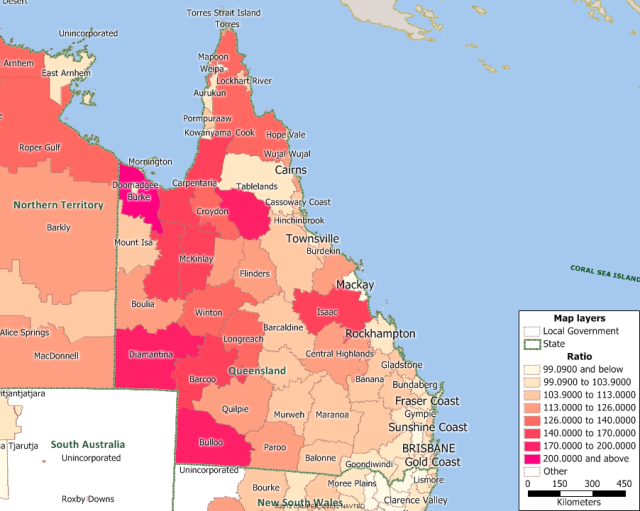 The underlying ABS data and commentary can be found at this link: