As well as releasing the first batch of 2016 Census data, the ABS also updated its quarterly population estimates yesterday, and I was very pleased to see net interstate migration to Queensland is picking up nicely (see chart below). This likely reflects both the improving economic conditions in Queensland since mid-2016 and the increased relative affordability of housing in Brisbane compared with Sydney and Melbourne. 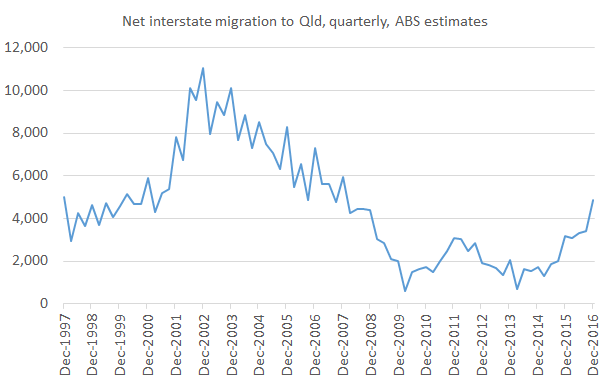 Queensland’s total population is growing at 1.5 percent per annum, just below the national average of 1.6 percent (see the Queensland Treasury brief). Queensland has fallen below the national population growth rate as we have not had the rebound in net overseas migration seen in other States (e.g. see chart below; NB I’ve presented this in annual terms because the quarterly data are highly seasonal). 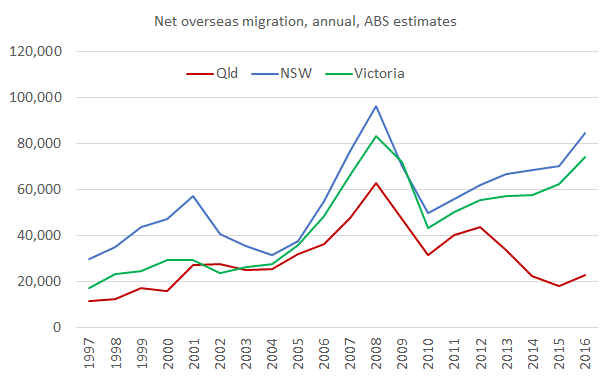 Spare a thought for State and local officials in NSW and Victoria who are having to manage the large absolute population growth that is occurring down there. As property market guru Pete Wargent noted yesterday: