Regular Queensland Economy Watch reader Michael Willis sent me his thoughts on the interstate migration issues I’ve been covering recently. His thoughts are posted below.

Your recent posts, confirming that public sector job cuts contributed to the turning of the tide in Queensland’s intestate migration, are deadly accurate. Allow me to suggest a few reasons why.

The professional and managerial sector is far more mobile than other employees, because of their skill transferability. Remember that many of these people have been recent migrants into Queensland themselves. So moving out is not a big problem for them, if their aspirations for their lifestyle and family cannot be met here.

Unlike the tradies who commuted by car from the Sunshine Coast and Gold Coast to near-subsistence jobs in Brisbane during the GFC and tourism downturns, these professionals are able to pull up stumps and take their families and spouses interstate to government and professional roles in Sydney and Melbourne more easily, often assisted by employer relocation expense reimbursements.

I also worry about the number of firms that were planning to expand in Queensland for the assets sales and privatisations being planned ahead of this year’s election – only to pull those plans or close their local offices. That is likely to mean an extended employment recession in the high-income and high spending end of the employment spectrum.

I would add that this group has a significant multiplier effect as a result of their redundancies and interstate migrations. They are (or were) large discretionary spenders, who spent their funds on private schools, child care, restaurants, housing improvements, holidays  and other discretionary items typical in the spending patterns of upper-middle income families.

The loss of their spending power has been very difficult for Queensland’s local economies, mainly in Brisbane and the major provincial centres. Private school enrolments are a great barometer of economic confidence, and anecdotal evidence is that growth in this schooling sector has slowed substantially, especially at the higher fee end of the market.

A perception in industry that the new government is not yet ready to run the state – whether true or not – is also not helping the confidence of businesses in Queensland, or their willingness to hire professional staff.

However, there are two potential bright spots that I see for our economy. One is the opportunity to attract tourism numbers from interstate and overseas as a result of the weaker dollar. The other is the possibility of a trickle-down effect of the housing price booms in Sydney and Melbourne. If we can convince some Southerners that Queensland is an affordable place to live, and there might be some good jobs here, we may recover a little faster than I fear is likely.

Some good news on the drought will also help rural Queensland, but that is in the hands of the gods, as they say!

We may not want to remember this message from the ill-fated Newman government, but we really need these other three pillars of the economy (tourism, housing construction and agriculture) to fire, because the mining sector, our fourth pillar, has run its course for a while.

And, as your earlier story notes, fiscal limitations have forced the hidden fifth pillar of Queensland’s economy, being our “government spending”, to be cut dramatically. Given our state and federal fiscal situations, I suspect this pillar will not fire up quickly either.

Michael Willis is a Senior Advisor at Effective Governance Pty Ltd. He is also the Honorary Treasurer of Independent Schools Queensland. The opinions expressed here are his own. 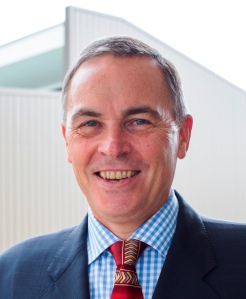