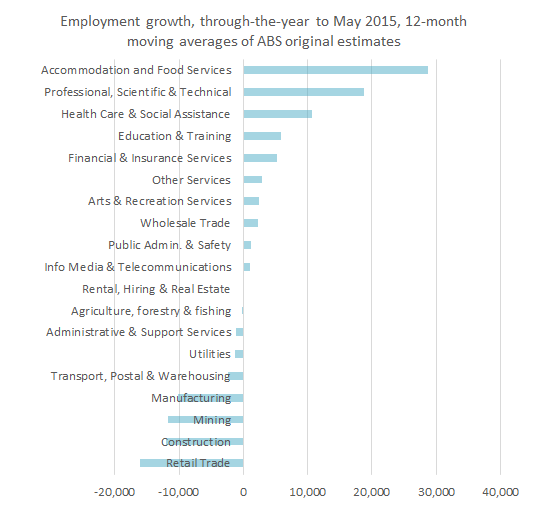 May 2015 employment-by-industry data published by the ABS yesterday confirm some points I’ve been making for the last couple of months (see chart above), particularly that Queensland is enduring the shock from the end of the mining boom relatively well, and that the boom in cafes and the recovery in tourism, due to a lower exchange rate, are making important contributions in that regard. Earlier relevant posts of mine include:

Qld bouncing back nicely after technical recession in 2014

One obvious point is that, largely, it is probably not people who’ve lost jobs in mining who are picking up jobs in tourism and in cafes. Also, the new hospitality jobs would typically be lower paid than the lost mining jobs.