Which suburbs of Brisbane had the largest increases in unemployment?

After looking at the new regional unemployment data for June 2013 last week, I wondered about the distribution of job losses across the Brisbane metropolitan area (see my previous post Largest unemployment rate increases over 2012-13 in metro Brisbane and Central Qld). Hence I had a look at the small area labour markets data produced by the Commonwealth Department of Education, Employment and Workplace Relations, the last vintage of which, for March quarter 2013, was released earlier this month. These data are produced by combining ABS labour force data with Centrelink data on Newstart and Youth Allowance recipients. While we’ve had three months of data since March 2013, I think the DEEWR data remain informative. So here is a map of the Brisbane metropolitan area showing hot spot suburbs with large increases in unemployment rates in the 12 months to March quarter 2013: 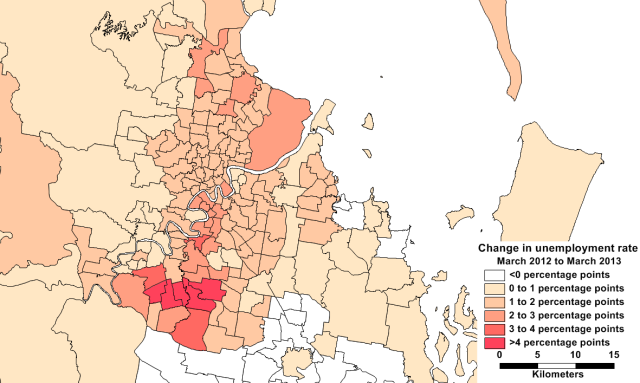 And here’s a close up to show the suburbs with the largest unemployment rate increases: 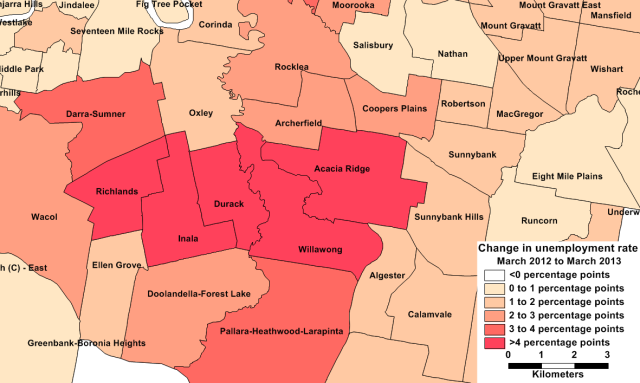 4 Responses to Which suburbs of Brisbane had the largest increases in unemployment?