An important policy debate in 2012 was around the level of unemployment benefits, with welfare groups such as ACOSS arguing people on Newstart could be too poor to look for work (as reported on news.com.au). I have some sympathy for this position because many unemployed people are disadvantaged by living in outer suburbs and would have to pay more in transport costs in looking for work than people in inner city suburbs. Further, they are disadvantaged by having much less accessible and available public transport than people in the inner city.

There is a clear disparity in unemployment rates across the Brisbane metropolitan area, with very low unemployment in the leafy Western suburbs, but with clusters of unemployed people on the Northern, Southern and Western outskirts of Brisbane, particularly in Caboolture, Inala, Woodridge and Kingston. While I think there is a risk of discouraging job search efforts if unemployment benefits are increased signficantly, I think there is a strong case for investing in better public transport for outer-lying areas with high unemployment. 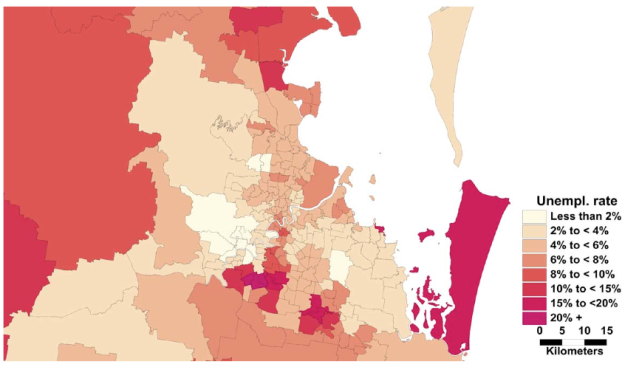 There appears to be less of a disparity in unemployment across the suburbs of other Queensland cities, such as Townsville (first chart below) and Cairns (second chart below), where every small area appears to suffer high unemployment except for the Northern suburbs. 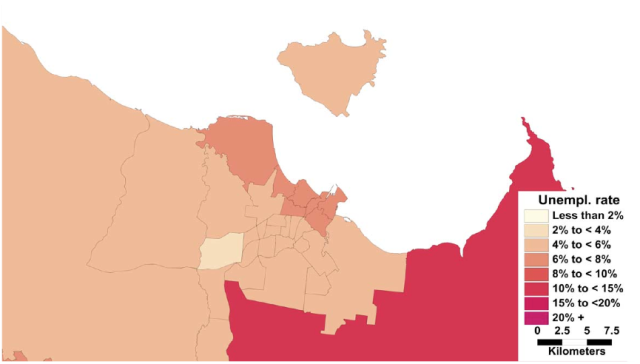 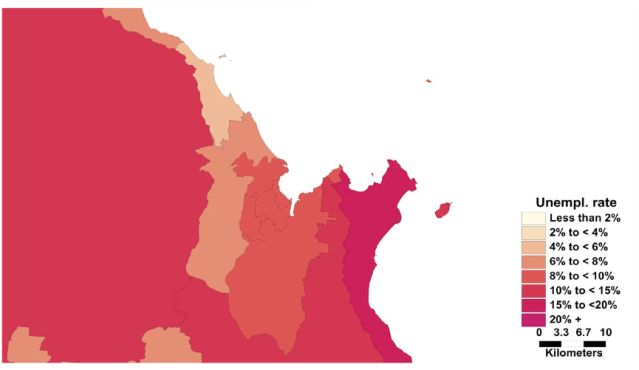 2 Responses to Large disparity in unemployment rates across Brisbane suburbs