On 612 ABC Brisbane yesterday morning I mentioned to host Bec Levingston my first reaction to hearing the news about the $60 billion JobKeeper forecasting bungle was sympathy for my former Treasury colleagues. It’s hugely embarrassing, but actually good news the program is expected to cost so much less. I told Bec that mistakes can happen when things are done very quickly in a crisis. It looks like the JobKeeper policy was developed in a very short period of time and the Treasury forecasters may have had to deal with design changes along the way. You can listen to my interview with Bec from around 18 minutes into this recording:

There has been some criticism of the Government over its changing story regarding what happened. But, as I explained to Bec yesterday morning, there were two errors. Treasury’s forecast of the cost of the scheme in late March was way off, but, earlier this month, an estimate from the ATO appeared to roughly confirm Treasury’s forecast that around 6 million employees would be covered by JobKeeper. Unfortunately, the ATO added up a column of data on employees covered containing numbers incorrectly entered by employers. This error by the ATO lent support to the wildly inaccurate Treasury forecast and meant the Government initially confirmed rather than corrected Treasury’s inaccurate $130 billion JobKeeper cost forecast.

Again, it’s hugely embarrassing, but I think we should accept it as good news as it means less public debt to service in the years ahead. That said, there is a legitimate debate now occurring over whether the JobKeeper scheme had the right design and coverage in the first place, which I’ll try to cover in a future post. 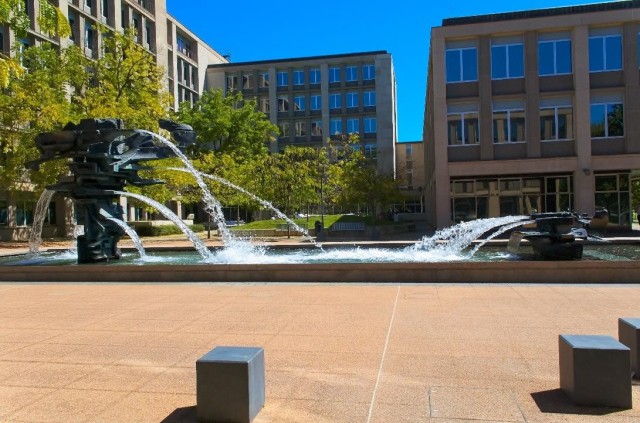 The extraordinary Norma Redpath fountain in the courtyard of the Treasury Building, Canberra