My comments in Saturday’s Courier-Mail on payroll tax concessions—e.g. for BrewDog & Disney

With the possible exception of President Trump, the most interesting American politician at the moment is the millennial, freshman member of the House from New York, Alexandria Ocasio-Cortez (AOC). She is one of the main players is what The Economist earlier this year described as “The rise of millennial socialism”. AOC has been criticised heavily by conservatives for her proposed Green New Deal and her apparent belief in so-called Modern Monetary Theory. But at least one of her policy positions has been sensible from an economic perspective: her rejection of tax breaks and other financial incentives to lure big companies to invest in particular regions.

Rightly, AOC opposed NYC and NY State offering Amazon $3 billion in financial incentives to build its second headquarters in Queens. Now that HQ is going to be built in Arlington, Va., but AOC was right to oppose the deal. Regional governments around the world need to stand up to the game-playing corporations who are trying to play different governments off against each other to secure the best financial incentives they can.

Unfortunately, the Queensland government has, from time-to-time, given in to the demands of companies for financial sweeteners to induce them to invest here. As I recently mentioned to Steven Wardill from the Courier-Mail, who quoted me in his article Manufacturing sector sheds 18,000 jobs under Palaszczuk Government (also see figure below), it has been a failed strategy:

Mr Tunny said the Palaszczuk Government was going the wrong way about creating the private sector jobs needed to pay for an ageing population.

“They are doing things through payroll [tax] like discounts for movie studios and breweries,” he said.

“Yet the way to do it is through the education system.

“We need to encourage young people to be innovative because they are the ones that are going to create the new industries.”

For a good example of the failure of industry attraction efforts, consider that, in 2001, the Beattie government provided financial incentives to lure Berri Fruit Juice to move some of its manufacturing operations to the state, but 12 years later Berri shut down its juice manufacturing operation in Queensland (see p.28 of the QCA’s excellent 2015 Industry Assistance Review Final Report). Instead of wasting time and money chasing footloose businesses, we should instead focus on getting the basic policy settings right, particularly in taxation and in the education system.

One prominent recent example of a dubious Queensland government financial incentive to business was the one provided to BrewDog, the Scottish craft brewer, which Nick Behrens and I were critical of early last year:

Comments on BrewDog being lured to Brisbane in the Broadsheet

As Nick pointed out in his QEAS blog post, the state government was effectively subsidising a foreign-owned brewer to set up and compete with 20+ local brewers. To minimise the political damage, the state government had to scramble to develop a craft brewing strategy for the whole industry. Now it turns out BrewDog’s level of investment in the state is being scaled back, raising a big question about the bang-for-buck of whatever exact incentives were provided by the state government:

Regular readers will know I’ve also been critical of film industry assistance provided by both the state and federal governments: 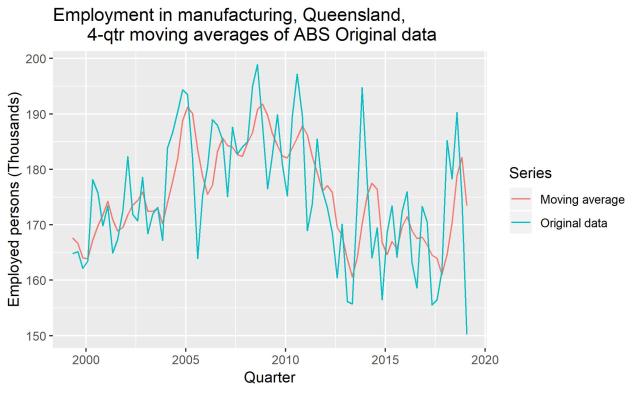 4 Responses to My comments in Saturday’s Courier-Mail on payroll tax concessions—e.g. for BrewDog & Disney