“Townsville now has the highest level of Trend Unemployment in the State at 10.5%. The ABS original data was a shocking 13.9%!”

Rightly, the Townsville Bulletin has referred to the city’s “jobs crisis”.

Readers of this blog will know I have been concerned about the situation in regional Queensland for some time now, and that I offered some recommendations for boosting employment to the Queensland Jobs Growth Summit last month (see my post on the Summit). 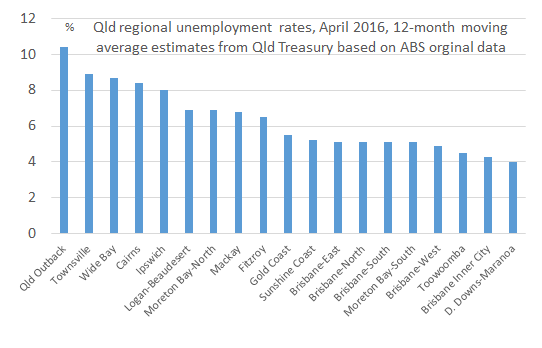