Billions of dollars have been invested in Australia’s beef value chain in recent years, inspired partly by a rapidly growing Asian middle class with an increasing demand for protein. But, as in other industries, there is the potential for disruption from new technologies. My friend and colleague Dr Stephen Thornton of BG Economics offers an interesting perspective on the potential for disruption to the Australian livestock industry and abattoirs. The views contained in this guest post are Stephen’s, and should not necessarily be attributed to me. GT

An AT Kearney report into how ‘cultured’ meat (a Cellular Agriculture or ‘Cell-Ag’ technique where an animal cell is grown in a controlled environment) and meat alternatives are disrupting the agricultural and food industries recently made news headlines. Although somewhat speculative, given its qualitative forecasting methodology, the AT Kearney report does provide a useful economic framework for understanding the future global meat industry, currently estimated to be $US 1,000 billion and growing.

The world’s population is expected to be nearly 10 billion by 2050, thereby increasing the demand for food protein. However, the AT Kearney report forecasts cultured meat and new meat replacement products will result in conventional animal-slaughtered meat consumption decreasing from 90 per cent of total meat consumption in 2025 to just
40 per cent in 2040.

I expect the acceptance of these new meat technologies will be greater and possibly faster in Australia than globally, given our relatively high household disposable incomes, our propensity to adopt new technologies and that 12.1 per cent of the population already have diets that are vegetarian or almost all vegetarian.

This raises obvious questions for Queensland livestock farmers and owners of feedlots, abattoirs and butcher stores around their continued profitability in regard to domestic sales, especially after 2030 as the shelf-price of cultured meat becomes more competitive due to scientific processes becoming more sophisticated. To provide some context, the size of the Queensland beef industry alone in 2014-15 was 11.2 million head (45.4% of the nation’s herd) with over 17,300 specialist beef enterprises and beef production at the farm gate valued at $5.07 billion, although the continuing drought and devastating floods earlier this year will impact on these figures to some degree. 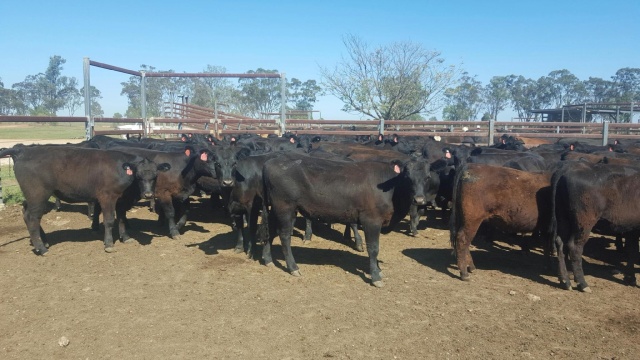 Is the beef industry ripe for disruption?

There is now a proliferation of small vegan cafes and restaurants in Brisbane and elsewhere (see examples here) as well as plant-based patties now on the menu at medium size Australian burger chains such as Burger Urge and Grill’d, which aims to have half the menu in its 138 stores plant-based by the end of next year. McDonalds is trialling a new McVeggie burger and the supermarket majors, Coles and Woolworths, have added a wide range of plant-based meat alternative products to their shelves with Woolies seeing a double-digit increase in demand for vegan products in the past year.

While the focus is currently on plant-based meat replacements, the biggest disruptor in the longer term will be cultured meat, given most people will likely want to continue with their current food preferences of eating beef, lamb, pork, poultry, and seafood. The impact on the Queensland meat export industry is probably a little more difficult to determine at this stage, but it’s not hard to appreciate that some or all of our current export markets may eventually simply grow their own meat. No more beef and lamb price hikes due to flood and drought.

So, is lab grown meat just a passing fad for the top end of town? Probably not. While companies like Memphis Meats in California have seen Bill Gates and Richard Branson invest in this new technology, it’s not only capturing the attention of a few high net worth individuals. Tyson Foods, which produces 20 per cent of the chicken, beef, and pork in the US, with $US 40 billion of sales last year, has also diversified into this area. This is one to watch.