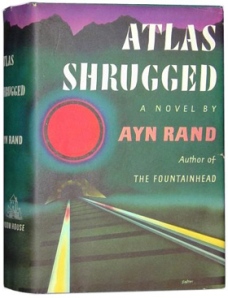 In her 1957 novel Atlas Shrugged, Ayn Rand imagined a libertarian community, Galt’s Gulch in Colorado, in which capitalists were free to live unconstrained by Government regulations and didn’t have to pay taxes to support the “moochers.” One of the world’s leading economists, Paul Romer, has recently proposed a Galt’s Gulch-lite for Northern Australia, as reported in the Townsville Bulletin yesterday (Future fund to develop the North):

New York University economist Professor Paul Romer said northern Australia should push for a special economic zone to trial reforms instead of providing tax incentives for companies to set up.

“A tax concession zone is likely not to be allowed constitutionally,” he said.

“The real question is whether a policy reform zone would be allowed, and on my reading (of the legislation) it might.

“It could provide enormous benefits for the region.”

I like the idea of setting up a zone for experimenting with policy reforms, particularly for reforms that reduce costs to business, and I suspect IR reforms would be a top priority there. Indeed, policy experimentation is often advanced as one of the advantages of a federal system of Government, and one can imagine the Northern part of Queensland eventually becoming its own State. One benefit of a policy experimentation zone in the North would be that, if it is successful, it may drive policy reforms in other parts of Australia. I’ve previously expressed some skepticism about special economic zones (Government right in rejecting northern economic zone), but I’m coming around to a view that competition between regions might promote desirable economic outcomes across Australia.

By the way, a real Galt’s Gulch, using Bitcoin as currency, has been founded in Chile, as reported last year by the Economist: