Professor Jeff Borland has recently published an informative labour market snapshot on What is happening to jobs for the young? As Professor Borland notes, employment opportunities for young people have declined significantly over the last few years as employers have become more reluctant to take on new people, particularly inexperienced young people. As a result, the percentage of young people in employment (the employment-to-population ratio) has fallen significantly (see the chart below I’ve copied and pasted from Borland’s snapshot, which is based on national data). 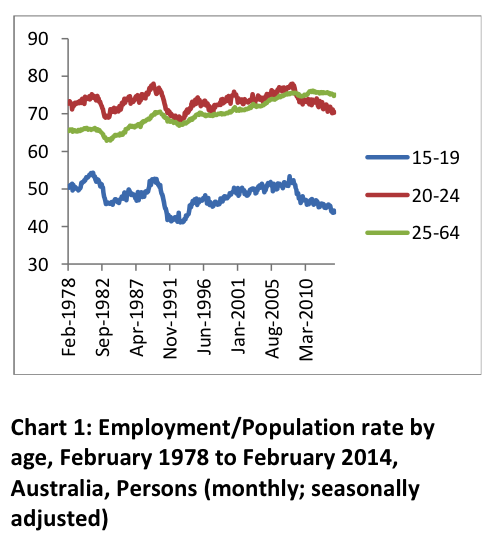 As I’ve posted on before, we don’t make it easy for young people to find work, as we have a number of regulations that inadvertently restrict employment opportunities for young people:

Given the growing concern over youth unemployment, there is an extra urgency for the reform of regulations that make it harder for young people to find work.