Let’s have Brisbane Festival retail trading hours all year round

Accustomed as I am to Queensland’s over-regulated economy, I was surprised the other week when shopping at the Spring Hill Woolworths to find out it has extended trading hours during the current Brisbane Festival season, which culminates in the River Fire spectacular next Saturday night. If I recall correctly, the Spring Hill Woolworths is trading to 10pm weekdays instead of being forced to close at 9pm and it is trading until 8 or 9pm Sunday instead of 6pm.

In a normal market economy, shops would have no problem opening longer if they can make enough revenue to cover costs and earn a profit, but in Queensland an application to the Queensland Industrial Relations Commission is required. Thankfully, the National Retail Association was successful in having the Brisbane Festival declared a “special event”, being significant for “cultural, economic and tourism reasons”, so many supermarkets in inner city Brisbane can trade for longer, as reported in the QIRC decision of 3 September. This is a victory for common sense and hopefully is a good sign that we will see further relaxation of our anachronistic retail trading hour restrictions in the future.

Regular readers will know I’ve long been critical of trading hour restrictions. For instance, in my post from last month Priorities for boosting tourism in Queensland I recommended the Queensland Government:

Remove regulations which make us look boring to international visitors—e.g. anachronistic retail trading hours regulations, which mean most supermarkets can’t stay open after 9pm Monday to Saturday or after 6pm on Sunday, and none can sell alcohol.

We shouldn’t just relax trading hours restrictions during the Brisbane Festival. They should be relaxed all year round.

Incidentally, check out the winning Treasury Brisbane #BrisbaneAnyDay photo taken by my mother Jennifer Tunny. The photo was reproduced in a Treasury Brisbane Instagram post. 1823 was the year it was decided that the worst convicts in Sydney should be sent a long way away, and NSW Surveyor-General John Oxley sailed off to find a suitable location to dump them. 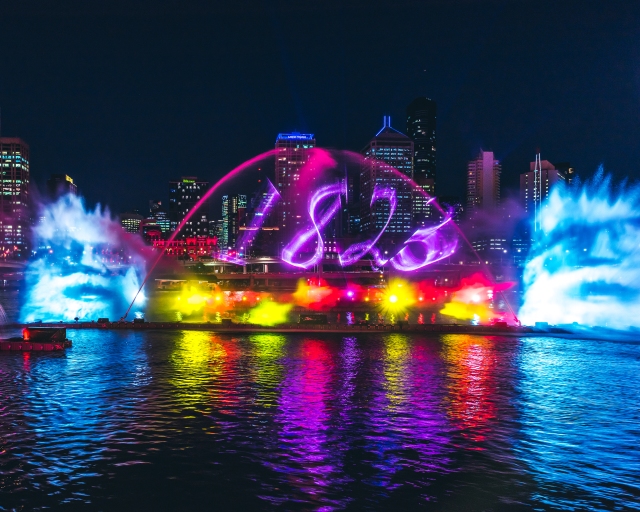