Qld unemployment rate creeps up to 6.5 percent due to ongoing weakness in regions

“West Australia is going backwards, South Australia is in no great shakes and Northern Queensland is just as bad, but the eastern seaboard, from southeast Queensland through NSW and Victoria, are shooting the lights out.”

While SEQ appears to be performing reasonably well, it is obvious that jobs growth in SEQ is being offset to a large extent by job losses in regional Queensland, producing a relatively low rate of employment growth of only 0.3 percent over the year to June, compared with 1.9 percent nationally (see chart below). 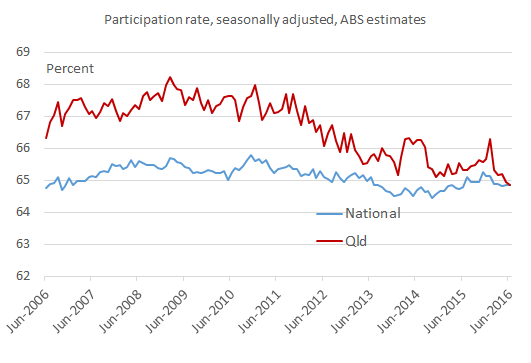 2 Responses to Qld unemployment rate creeps up to 6.5 percent due to ongoing weakness in regions