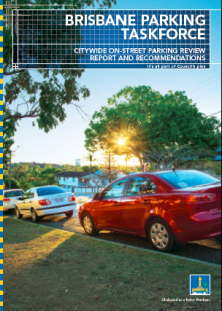 Economists usually worry when something is provided free, because the price of $0 typically doesn’t reflect the cost of providing the good or service, and demand will increase to inefficient levels – i.e. levels where the value people place on the good or service is lower than the cost to society of its provision, a socially inefficient outcome. For this reason, policies such as a GP co-payment, which force people to place some non-trivial value on a publicly provided good or service, are a good idea, and policies which don’t, such as Brisbane City Council’s new 15 minutes free parking policy at some inner city locations, typically aren’t. (Regarding this new policy see the report from the Brisbane Parking Taskforce.)

The Council’s policy is superficially attractive, and will possibly benefit some inner city businesses, but its disregard for basic economics means it’s unlikely to be beneficial from the point of view of the whole community (particularly when you consider the loss of revenue to Council that will have to be made up elsewhere).

As I’ve commented before, free parking can make sense in times where there isn’t any scarcity of car parks (Paid parking affecting work and play in Brisbane CBD), but it doesn’t make sense in peak hours where there is genuine scarcity and my use of a car park, even temporarily, results in a cost to another motorist who misses out. We may see an increase in the number of motorists traveling to the inner city due to the attraction of free parking, but many of these additional motorists may place a lower value on the trip than other motorists. If they take a free parking space, they may be taking it away from someone who would value it more highly and would be willing to pay for it. A better, more efficient outcome would be achieved if the Council charged parking fees reflecting the scarcity of car parks in peak times.

While the Council is right to consider the benefits to local businesses of greater turnover of car parks that would arise from 15 minutes free parking, it seems to have ignored the benefits to motorists that would arise from a system where pricing reflects scarcity, and car parks go to those who value them most. Indeed, if there are large numbers of people who currently struggle to find parks in the inner city in peak hours, it might even be sensible for Council to significantly increase its parking charges in the inner city. This would certainly promote the turnover of parking spots.

This entry was posted in Brisbane and tagged brisbane, economics, paidparking, parking, supply&demand. Bookmark the permalink.