On my way back from the Boondall ice skating rink this morning I stopped in at my favourite north side cafe, Dandelion & Driftwood, and while walking back to my car I noticed this sign on the neighbouring restaurant: 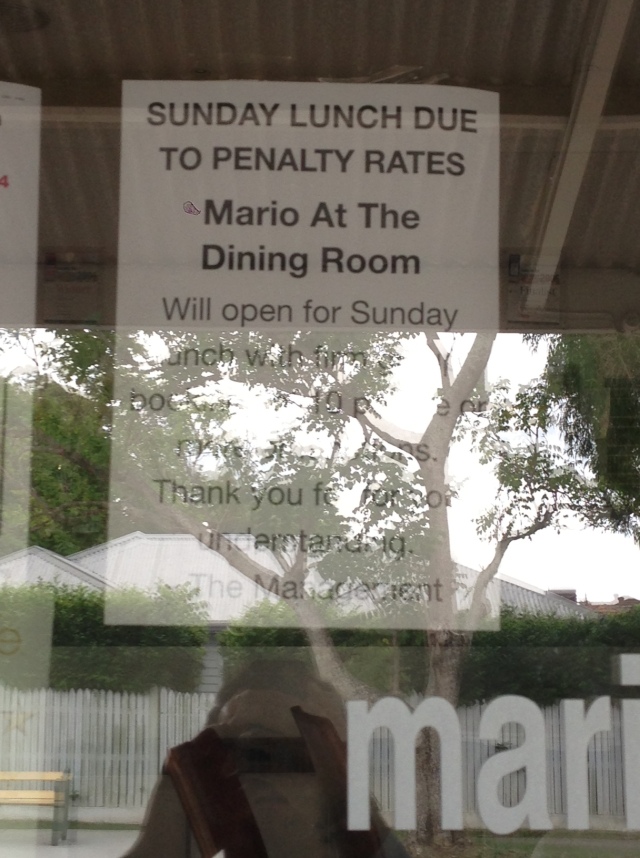 The sign basically says that Mario will only open on Sundays if he gets a confirmed booking for at least ten people because otherwise he can’t afford the penalty rates. I had a brief chat with Mario and he told me to quote him as saying “Because of Fair Work Australia there are eight people who now don’t have a job on Sunday.”

I believe in fair wages and protecting workers’ conditions, but the hospitality sector appears to be struggling under the IR system. Let’s hope the current review into the Modern Award system can strike an appropriate balance (see Union offers olive branch on IR reform).