The news that Facebook is expanding into online dating reminded me of an upcoming event on the Economics of Online Dating at the Alliance Hotel, Spring Hill on Wednesday 16 May featuring QUT economist Stephen Whyte, and hosted by the Women in Economics Network (WEN) and ESA Queensland, of which I am a vice-president. Here’s the blurb:

Women, Men, and the Economics of Online Dating

Choosing a mate is arguably the largest decision a human can make. This presentation will be about mating and what can be learned from new data sources such as online dating platforms. It will provide insights into economic choices related to couple and family formation in the presence of new matching technologies and will illustrate how men and women differ in their strategies to look for a partner. These findings are important to inform policies related to psychological healthcare and economic support services, as well as legislative frameworks that seek to combat sex, gender and sexuality based discrimination and inequity.

Stephen’s research has covered the issue of assortative mating, the fact we tend to partner with people similar to ourselves. The proverb that opposites attract is not well supported by the data. For example, people typically partner with people with the same level of education. This has meant, for example, that it has become harder for less educated men to find partners as women have surpassed them in educational attainment.

Not everyone is so picky, however, as Stephen has discovered in his analysis of online dating data. Bernard Salt would say it’s a numbers game. When the pool of potential partners is relatively smaller, standards will fall. In one of his recent studies using online dating data, Things change with age: Educational assortment in online dating, Stephen found:

Younger males and older females are more likely to contact those with less education.

Younger males face the problem of intense competition with each other for partners and also the fact some young women will partner with older men. And older females find that many older men, vainly attempting to recapture their lost youth, chase after younger women.

I encourage you to attend Stephen’s presentation on the evening of Wednesday 16 May for a range of fascinating insights into human behaviour gleaned from online dating data. 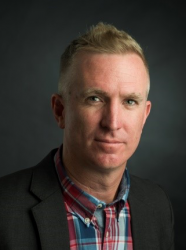