Job vacancies data released by the ABS yesterday point to continuing weakness in the labour market, with job vacancies of 26,000 in February 2013 compared with 36,100 in February 2012. Around one-third of the decline in job vacancies through the year was attributable to the public sector, with public sector vacancies plunging after the 2012 Queensland election, as shown in the chart below (N.B. dotted line is an interpolation for those quarters in which the ABS temporarily ceased collecting vacancies data). 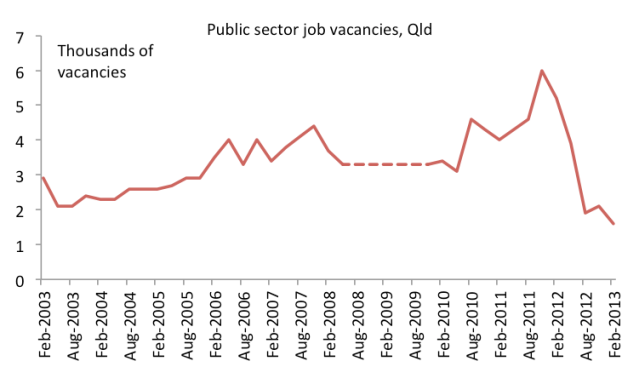