A tweet by Possum Comitatus yesterday alerted me to the newly released data on car registrations in Queensland released under the Queensland Government’s new open data policy. This is an extensive database, including nearly every bit of relevant registration data short of names and addresses. I’ve used the postcode data field to track the locations of the most beautiful car ever made, the E-Type Jaguar. The bulk of these exquisite creatures are registered in South-East Queensland, with the Kenmore-Brookfield, Samford, Caloundra and Gold Coast areas home to significant numbers (see the map below). Many unfortunate postcodes (those uncoloured) have no E-Types registered at all. 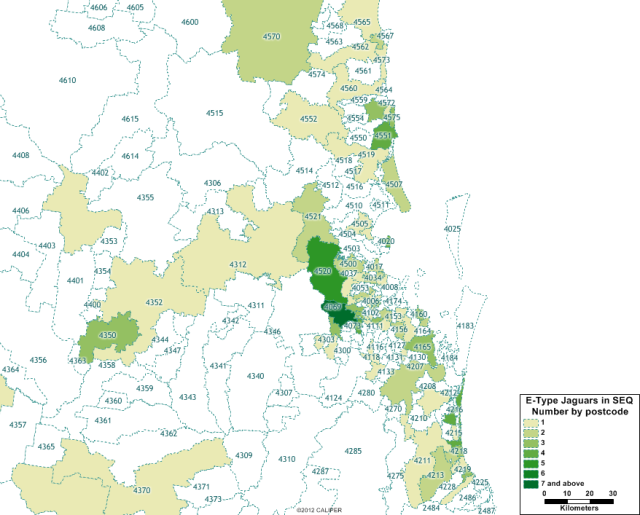 The rest of Queensland fares rather poorly in E-Type numbers: 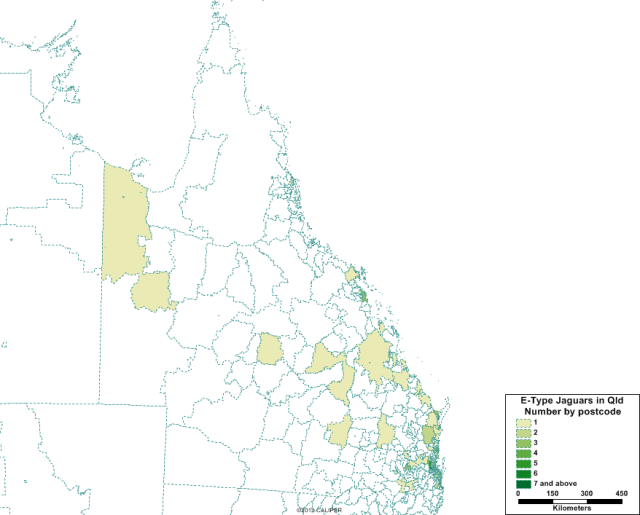